More People Getting Married In San Francisco Over Past Decade

Number of marriages have gone up 48.5% in last ten years

San Francisco, CA – San Francisco has historically been known for its celebrations of love. In honor of Valentine’s Day, Assessor Carmen Chu shares the official marriage data of San Francisco through the years.

“During my time as Assessor, I have seen the number of marriages grow by the thousands. Our office is thrilled to see people of every ethnicity, gender and religion getting married, and play a part in this important time in their lives,” said Assessor Chu.

In 2018, Assessor Chu partnered with Los Angeles Assessor Jeffrey Prang to draft AB 2663, a measure that ensures that registered domestic partners who were not able to marry can share the same property tax benefits that are available to married couples. Assessor Chu added, “San Francisco has led the way in marriage equality and I will continue to lead the way to ensure fairness in our tax system.” This bill was approved by Governor Jerry Brown in September of 2018.

When Proposition 8 was ruled unconstitutional in June of 2013, the Office of the Assessor-Recorder played a significant role that helped same-sex couples to get married. Assessor Chu was fully prepared to meet the demand of the-sex couples’ marriages. On Saturday, June 29th, San Francisco was the only Assessor-Recorder’s Office to be open in California, recording nearly 500 same-sex marriage licenses. 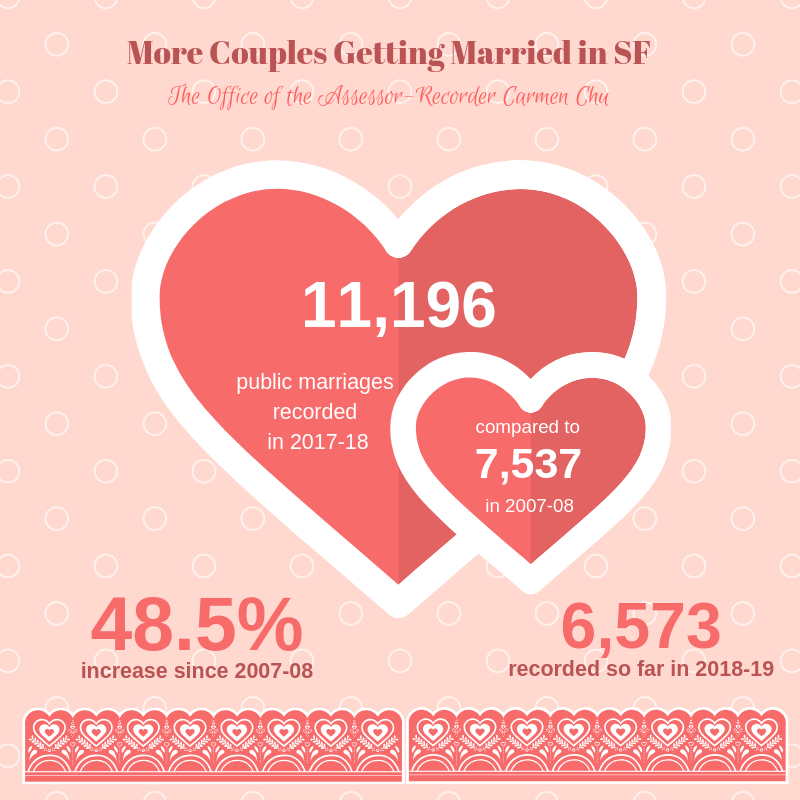 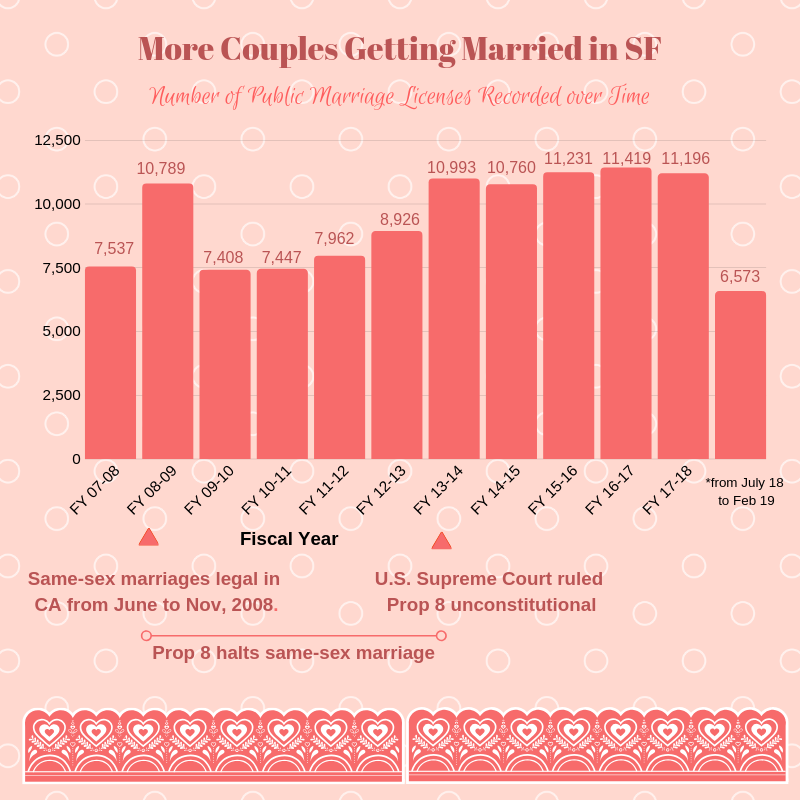