AFTER FIVE YEARS OF IMPLEMENTATION

Serving as the City’s official public record keeper, the Office of the Assessor-Recorder is responsible for recording documents and maintaining those public records. Over 180,000 documents are recorded annually, including deeds, deeds of trust, reconveyances, liens, and public marriage licenses.

To make it faster and easier to record documents, Assessor Carmen Chu launched online recording in April 2013 by allowing qualified title companies, banks and escrow agents to submit documents conveniently from their offices anytime! Since then the percentage of online filing has increased significantly, see our Report Card below. 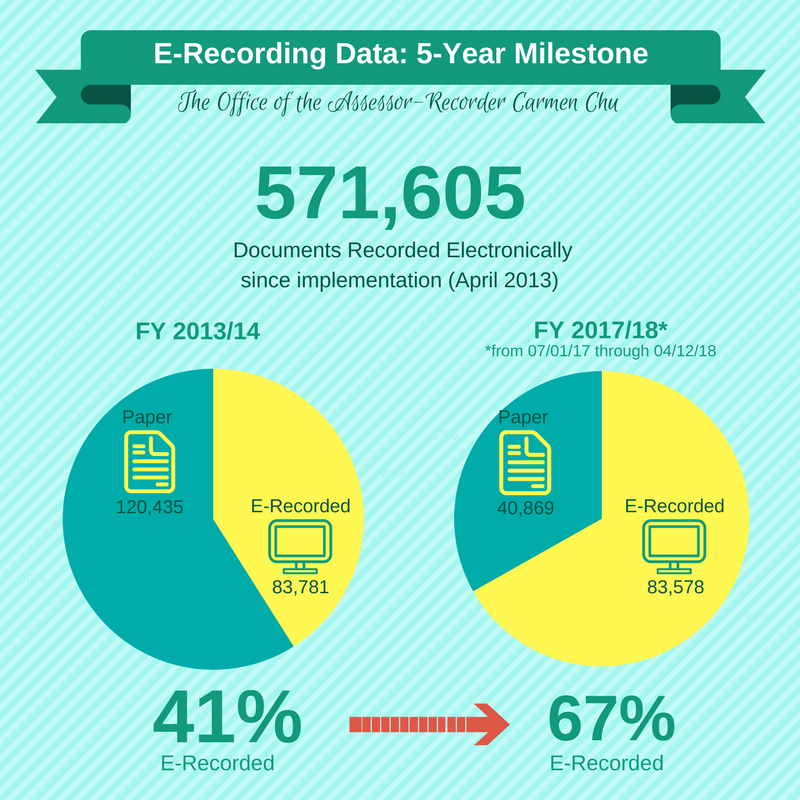